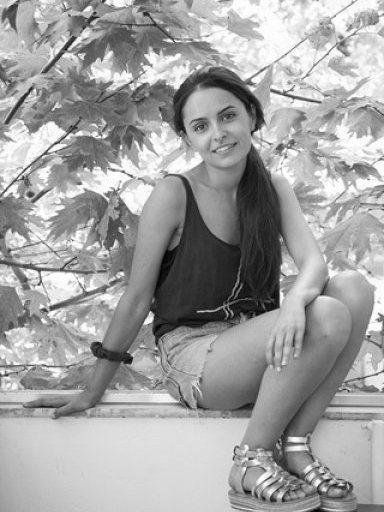 IRENE SIOTI was raised on the small island of Tinos. Irene graduated at the Veloudakis School of Fashion (Athens) and has a BA (Hons) in Science from University of Piraeus (Athens).The 2013 recipient Winner of the national competition for Greek Young Designers of FEA, earning a design scholarship to Studio Nafa in Canada. Since 2014, she has worked alongside couture fashion designer Dimitris Petrou.Irene created ESIOT, and now designs 2 collections a year.